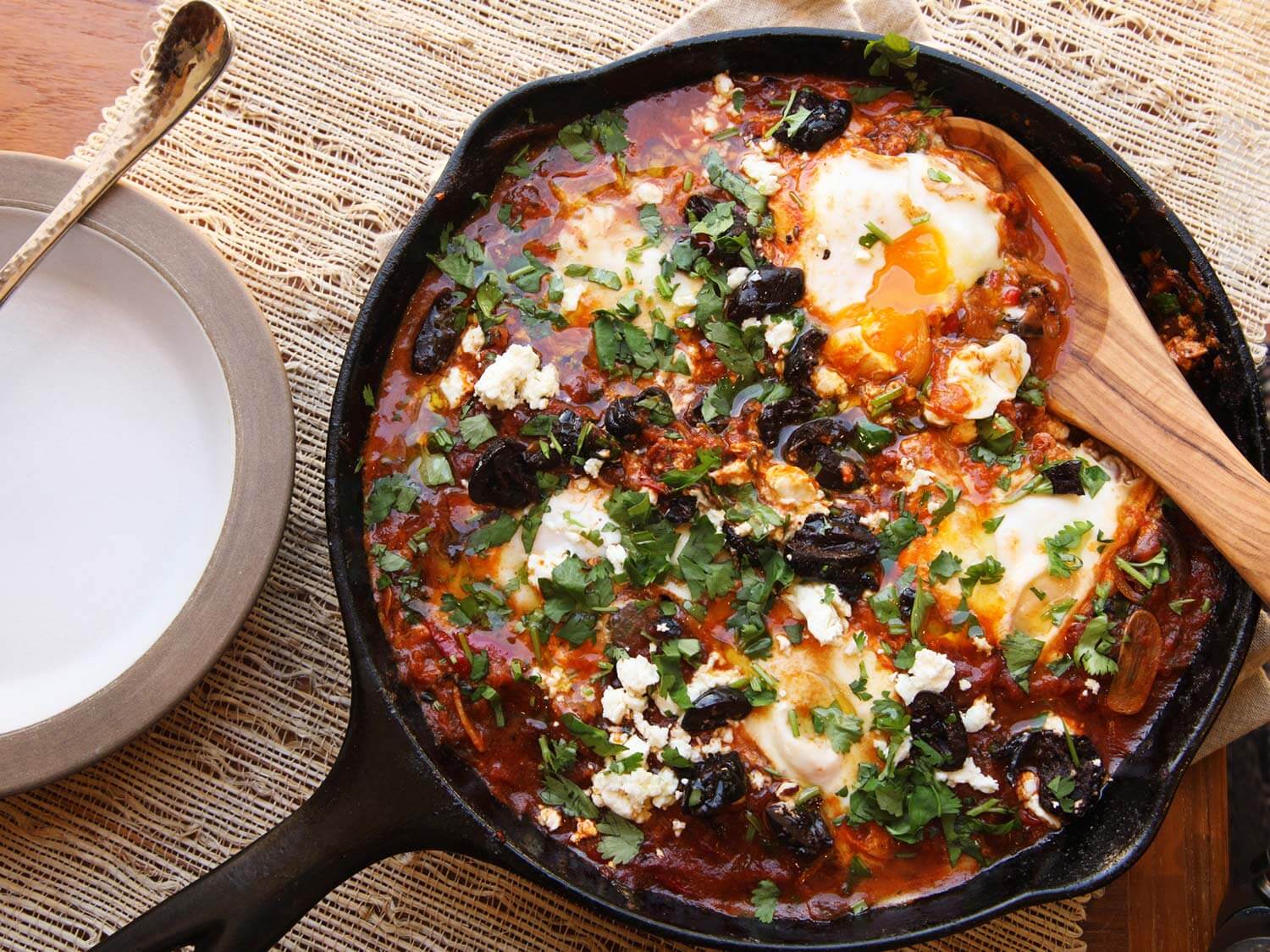 To crush the tomatoes, transfer to a large bowl and squeeze through your fingers to create a chunky purée. Alternatively, leave whole, add to the pan, and use a pastry blender to cut the tomatoes directly in the pan.

Charring the peppers and onions gives them another dimension of flavor.

Whole canned tomatoes have better flavor than diced, and are more consistent year-round than fresh ones.

Spooning the tomato mixture over the egg whites helps them set faster, allowing you to leave the yolks runnier.