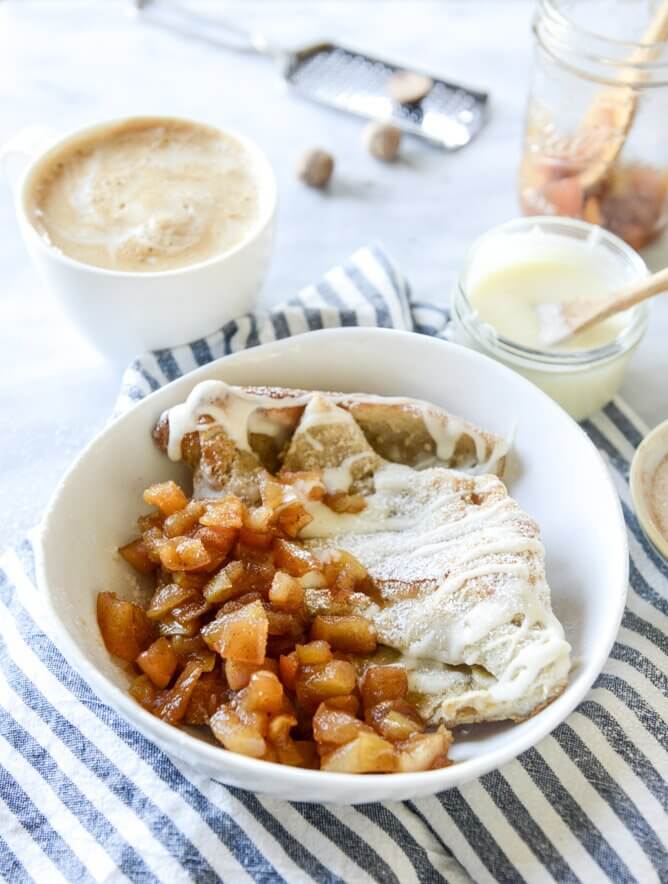 for the apple bourbon compote

for the cream cheese icing