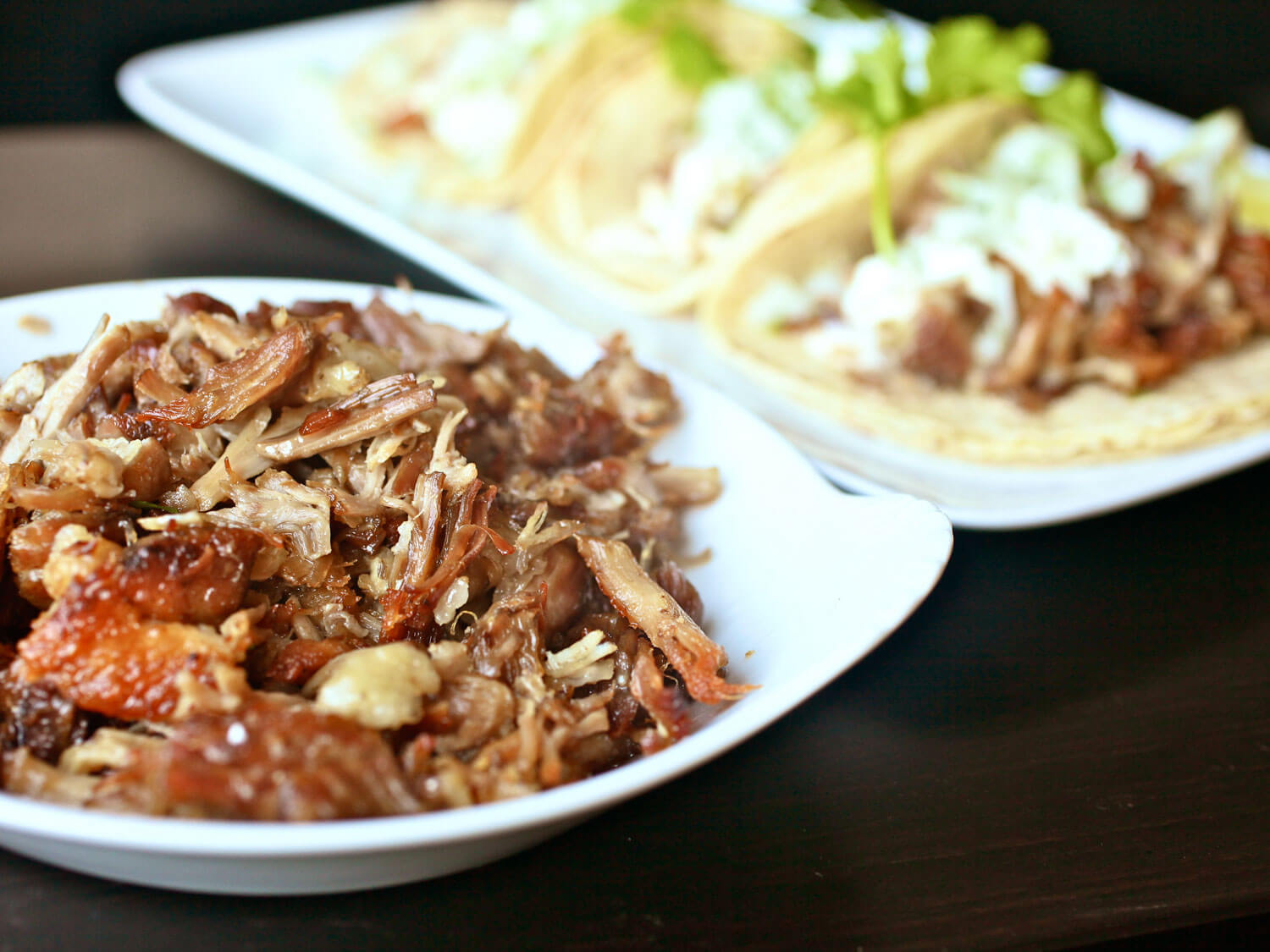 Carnitas can be prepared through until serving up to three days in advance. Pork can be crisped up straight from the refrigerator.

You can lower the heat in your salsa verde by removing the seeds from the jalapeños, or omitting them entirely before simmering.