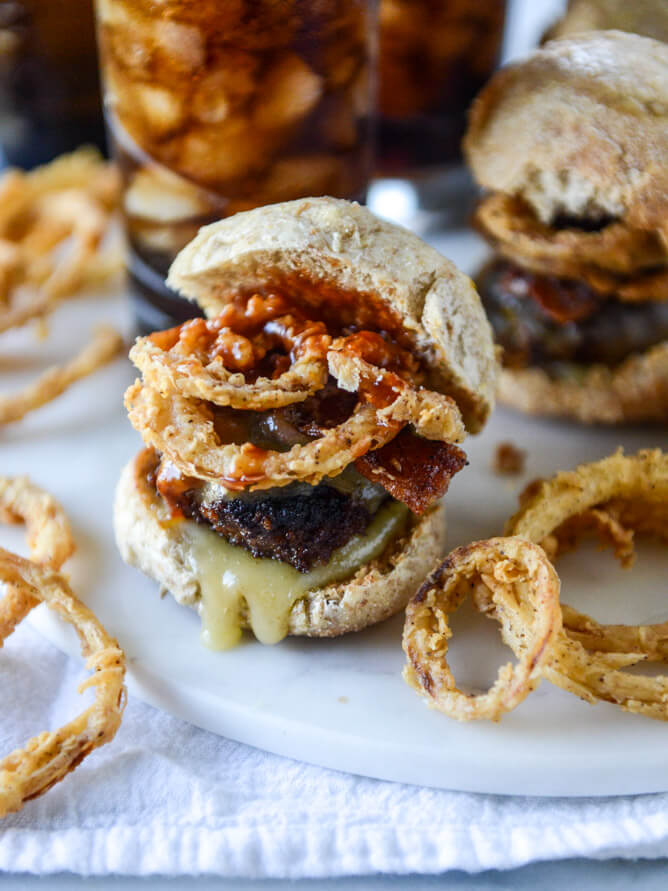 for the frizzled onions

Start the burgers and heat the oil while the onion rings are in the fridge. This way, it makes for a fairly “quick” meal, given the components.