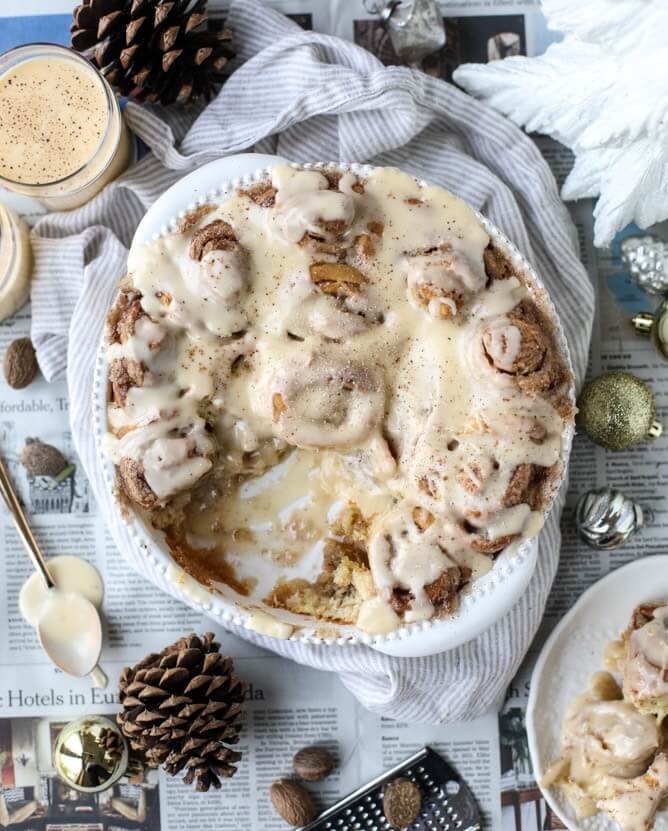 for the cinnamon rolls

for the eggnog glaze