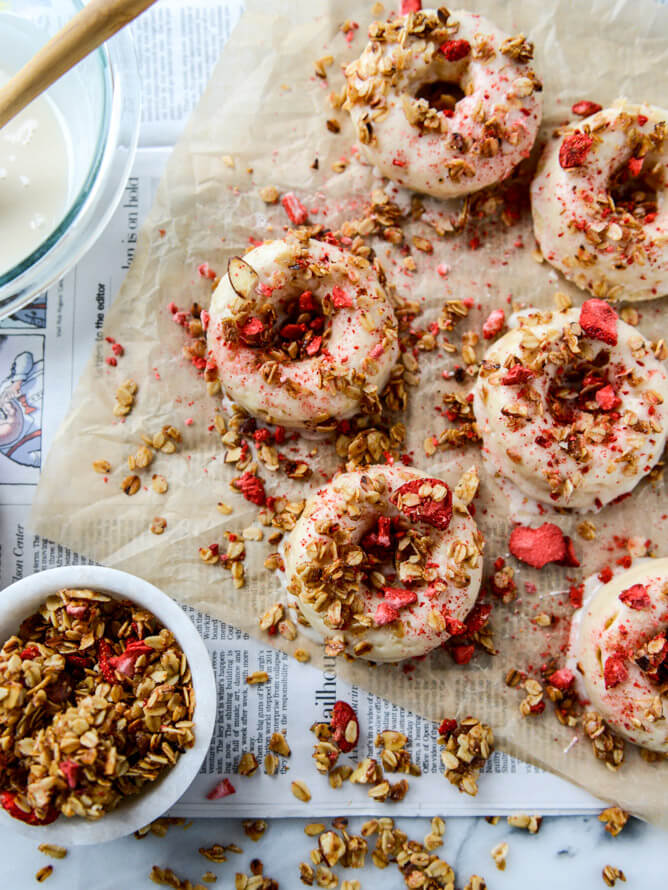 for the Greek yoghurt glaze

for the strawberry granola